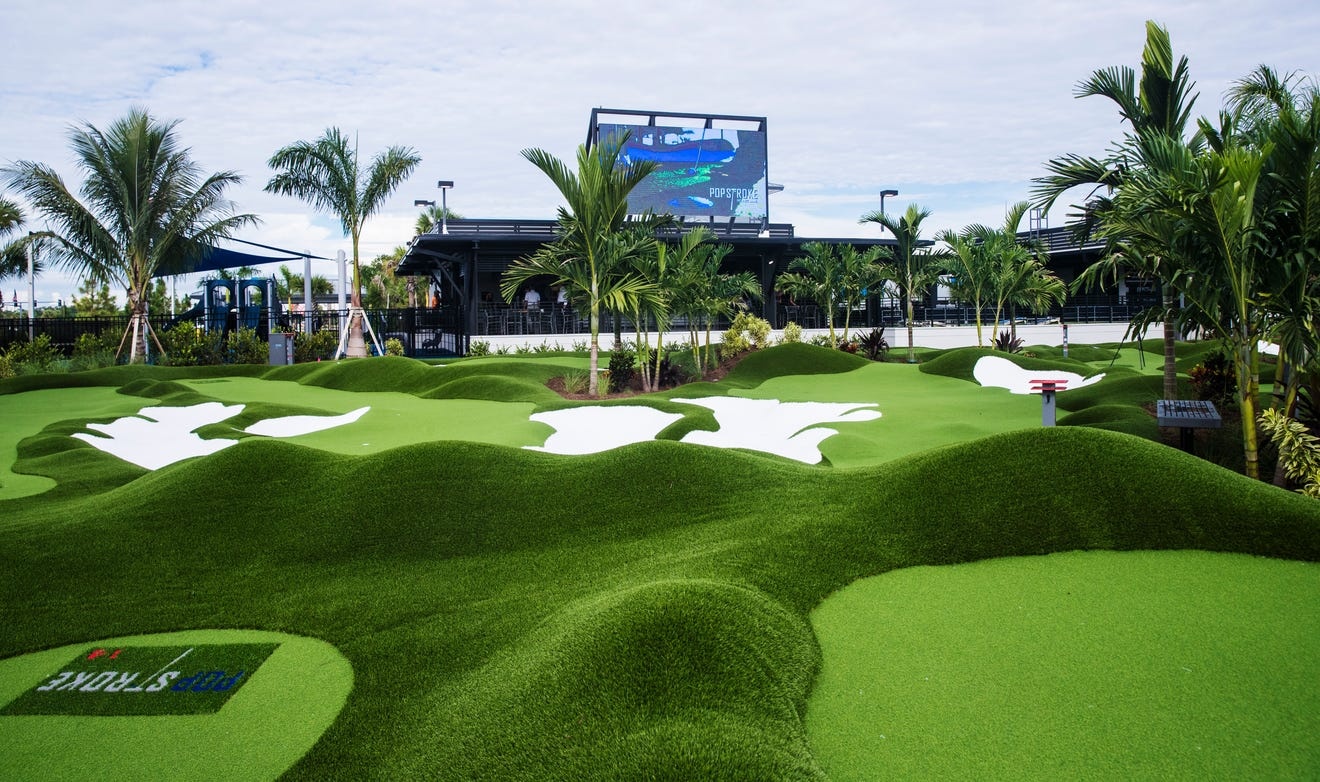 
Tiger Woods didn't show his stripes, but he still left his mark in Fort Myers on Thursday.

PopStroke had a soft opening for its second golf entertainment facility, and first with Woods' involvement that included the PGA star as an ownership partner all the way down to his playing a role in designing the two putting courses. Those courses are the focus of the venue off Six Mile Cypress Parkway that will open to the public Saturday at 10 a.m.

"PopStroke at its core is really about bringing friends and family together and in an outdoor, open-air ... dynamic environment," said Bartoli, who credited TGR Design President Bryon Bell for the layout and Fort Myers-based Stevens Construction for making it through some of the obstacles created by the coronavirus pandemic to get the facility opened on time.

Bartoli said he enjoys seeing the wide range of ages enjoying all of the different aspects of PopStroke, from seniors on date nights with a glass of wine or cocktail, to parents having lunch and a craft beer while their kids play on one of the two putting courses, or have some ice cream. There's also cornhole boards and table tennis.

"It really is such a unique venue and experience," he said. "It's one of the only things I can think of that regardless of age, socioeconomic background or skill level, an 8-year-old can enjoy to the same extent as a 78-year-old."

Woods wasn't there Thursday because he is preparing for next week's U.S. Open at Winged Foot. He has won 15 major championships, second only to Jack Nicklaus with 18, and is tied with Sam Snead for the most PGA Tour victories with 82.

The Fort Myers facility features two putting courses. The Cub is more geared toward beginners and the Tiger is more challenging. Golfers can keep their score with an app that also includes the ability to order food and drinks from the on-site restaurant and have them delivered to them on the course.

PopStroke also will have at least two more facilities on Florida's Gulf Coast. One is slated for North Naples, at a soon-to-be-finalized location, and another in Sarasota in the next year.