Home Prices Hit Record Highs. Is It a Bubble? 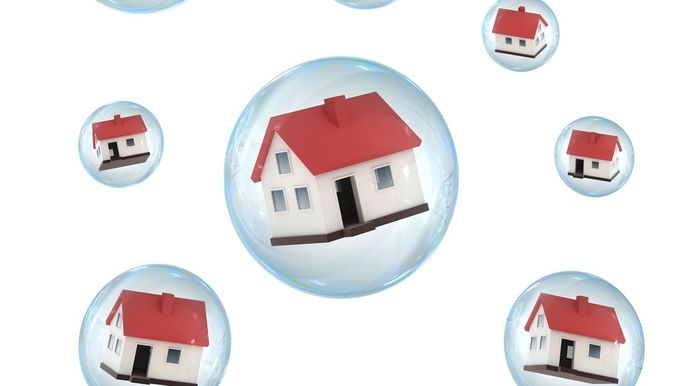 The nation's surging home prices don't seem to care about the recession the country is mired in. They can't be bothered by the deadly coronavirus pandemic or the double-digit unemployment that's come as a result. Instead, prices are defying logic, expectations, and even belief, as they shoot up to record highs amid an unprecedented health and economic crisis.

It has all led some to wonder: Are some markets getting too hot? Could a significant correction be around the corner?

In some of these metropolitan areas, prices have shot up by more than 20% in the past year alone. Just how sustainable is this seemingly irrational home price exuberance, anyway? Could we be entering the dreaded bubble territory once again?

Nationally, the median home list price rose 10.1% year over year in the week ending Aug. 15, according to the most recent realtor.com® figures. No one predicted such a dramatic increase compared with 2019—when the economy was strong, no one had heard of COVID-19 and social unrest hadn't exploded.

In fact, many experts predicted prices would flatten, if not fall.

Reality check: If there is a current-day bubble, it bears little resemblance to the gigantic bubble created by subprime mortgages, which burst into the Great Recession. Then came the mass foreclosures, plummeting home values, and the scores of homeowners suddenly underwater on their mortgages.

This year's sky-high prices are driven by a rush of buyers competing for a very limited supply of properties. More demand than supply equals higher prices.

“Some markets are overvalued," says Javier Vivas, realtor.com's director of economic research. "Growth of prices in a recession is pointing in that direction. Some markets are seeing increased risks of price corrections."

Instead of another real estate fire sale, certain parts of the country could see price hikes slow down or flatten, or prices even come down—by just a little. That could happen if prices rise so high that homeownership becomes too expensive for the majority of would-be buyers.

So instead of a bubble popping, it's more that home prices could come back to reality.

Rates under 3% for the first time ever are driving more buyers into the market and allowing them to stretch higher on what they're willing to pay. Lower rates mean lower monthly mortgage payments. That's allowing sellers to ask—and receive—more for their properties.

Those who weren't able to buy in the spring because of the pandemic—along with buyers desperate for larger, single-family homes with big backyards after sheltering in place for months—are adding to the rising demand.

However, worries about the pandemic have led to a record-low number of homes for sale, as sellers decided to wait out the health crisis. Meanwhile, many builders were forced to pause projects in some parts of the country. That's led the scrum of competing buyers to bid up prices in an effort to secure a property.

Most striking in 2020's home price ramp-up is the fact that's happening in some of the nation's most expensive and cheapest markets alike.

“In the inexpensive markets, you have a ton of space for prices to grow. You can see them overheat and absorb that overheating better," says Vivas. That's unlike the already high-priced coastal areas.

"The outlook for them is a faster and broader correction, [with] slight declines in home prices.”

Price corrections could happen by the end of the year in areas where prices have risen very high—along with local unemployment rates, says CoreLogic's chief economist, Frank Nothaft.

Why won't we see another Great Recession-era housing bubble?
The sky-high prices of 2020 are being driven by an influx of buyers bidding up prices on a historically low number of homes on the market. Until more properties come online, that dynamic is unlikely to change.

The Great Recession had the opposite problem: There were many more homes available than qualified buyers.

In the aftermath of the housing bust, it's become harder for buyers without good jobs and strong credit to score mortgages. This weeds out riskier borrowers. And unlike the last go-around, when builders were erecting residences at what seemed like a break-neck pace, the under-building of the last few years has exacerbated the housing shortage.

Even if the economy doesn't improve by next year and a vast swath of Americans remain unemployed, we are not likely to see the flood of foreclosures that characterized the housing crash, partly because government protections could be extended.

"It doesn't feel at all like last time, when the market was getting all pumped up by easy mortgage credit," says Mark Zandi, chief economist of Moody's Analytics.